The final round between Allie Parker and Darrius, you choose your own ending!
In this version, Allie sneaks up on Darrius right at the bell and begins hammering him in the jaw. His head is snapped repeatedly by Allie’s ferocious assault, and he soon hits the mat. Darrius staggers back to his feet, and Allie is once again all over him. Just when it looks like he’s about to go down after several vicious uppercuts, Darrius grabs Allie in a desperate clinch. Allie uses this opportunity to hammer his open body, smashing in to his sides with powerful blows. Darrius goes down from repeated shots to the liver, possibly even breaking his ribs! A rarity and a testament to Allie Parker’s punching power. Once Darrius is counted out, Allie strikes a victory pose over her defeated opponent.

See this video and many more on Clips4Sale, or
BUY NOW for $3.99 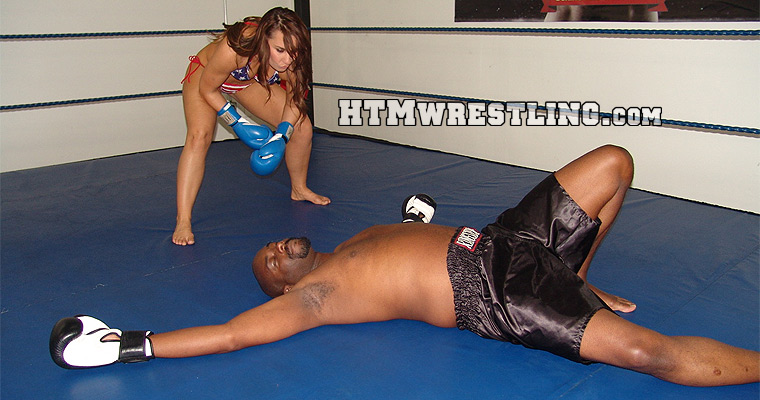