It’s a battle of sports fans, Dodgers vs Red Sox! Duncan wants Lia to give him back his shirt, but she’s going to make him take it. Lia may be slim and small, but she is strong! Lia puts her legendary legs to good use as she wraps them around Duncan’s throat, squeezing tight and making him red. Duncan puts up a fight and gets Lia in a few perilous predicaments, as they struggle back and forth on the wrestling mats for dominance. Lia begins to assert more control as the match goes on, and Duncan is fading fast. A figure four headscissor puts Duncan out for good, and Lia walks away the victor. 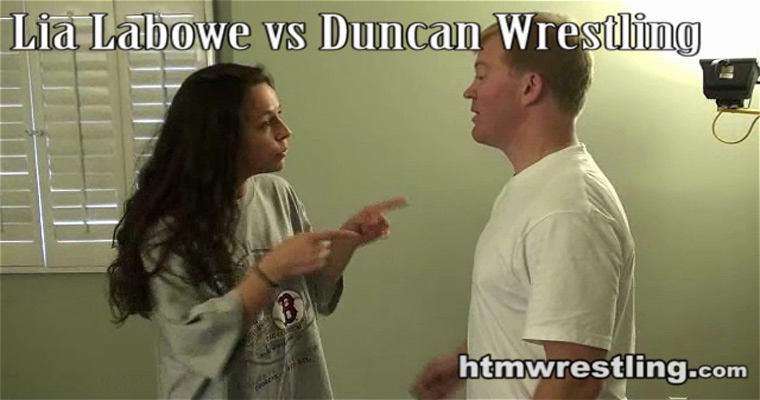 Fantasy mixed wrestling
+ Shop for this video and more on Clips4Sale +, or
BUY NOW for $12.99