Tenacious topless boxer Goldie Blair takes on the tall and muscular Goddess Rapture in a topless boxing bout! Darrius has enlisted Goldie to punish Rapture for some past grievance, and punish Rapture she does! It starts out an even apartment boxing fight, with both ladies trading thunderous headshots and solid hits to the belly and breasts. The fight slowly turns to Goldie taking control of Rapture, especially once the breast smothering starts! Goldie continues to punish Rapture, her big breasts and solid abs turning red! Rapture tries to battle back, but the fight is slipping away from her. When Rapture goes down, Goldie even sits on her face to smother her! This is some dirty boxing, and Goldie ultimately proves she’s the breast around, knocking out Rapture for the win. Goldie then flexes and poses over the KO’d Rapture! 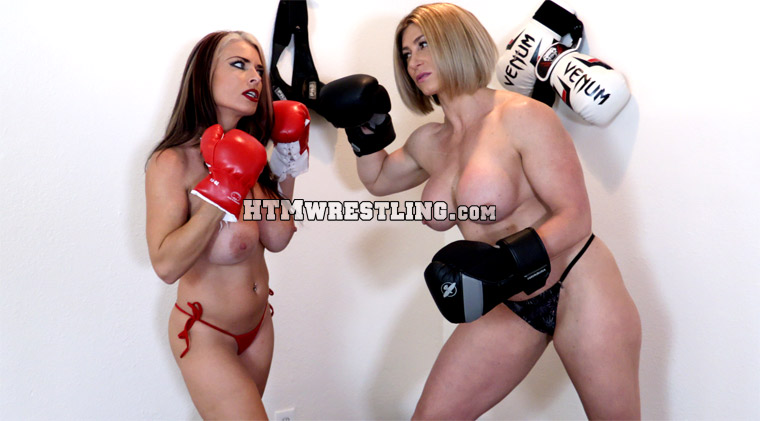