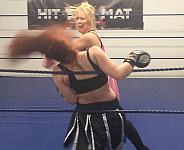 Nicole Oring gets mauled by the muscular MILF Mistress Jennifer Thomas! A furious Nicole finds out her boyfriend has been cheating with Jennifer, but “what’s she going to do about it?” The “Barbie Shrimp” Nicole tries in vain to punish Jennifer with her scissors, but Jen just casually reads her book, then calls Nicole’s boyfriend to set up a date! Once Jen tires of Nicole’s empty threats, Jennifer grabs Nicole and put her in Jen’s own vice grip scissors! Jennifer’s extremely muscular legs cinch in and squeeze Nicole’s ribs in a bodyscissors variant, and scissors are Jennifer’s favorite punishment hold. But they’re not the only torturous holds Jen uses! Jennifer even makes Nicole call her boyfriend as she’s getting squeezed and crushed in Jen’s scissors! Nicole is left defeated, humiliated and utterly broken by the Mistress Jennifer. 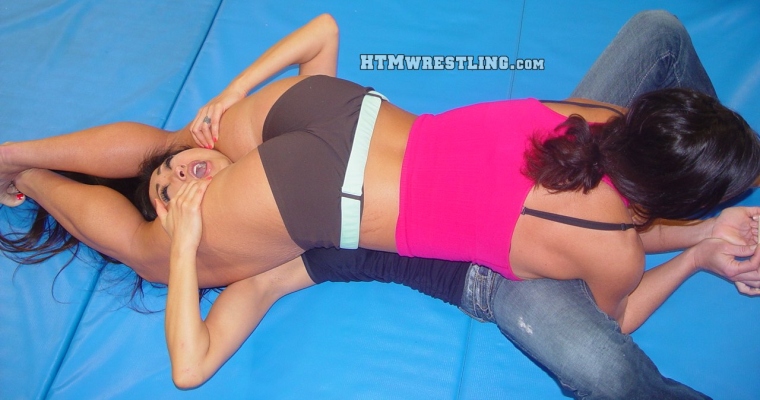 Get Off Me! Jen Squashes Nicole

How Tough Are You? Cheyenne Pummels ...