It’s payback time!
Christine WIN has been dominating Duncan, and looks like she’ll continue to do so for the first minute in to the wrestling match. But dirty Duncan NAILS Christine between the legs with a low blow! Christine hits the mat, holding her crotch and writing in pain. Now it’s Duncan’s turn and wrestling school is in session! Bear hugs, camel cluches, torture racks and more, Duncan is going to teach Christine a lesson in respect that she won’t soon forget. Duncan even tears off her skirt and chokes her with it! Part 2 of 2. 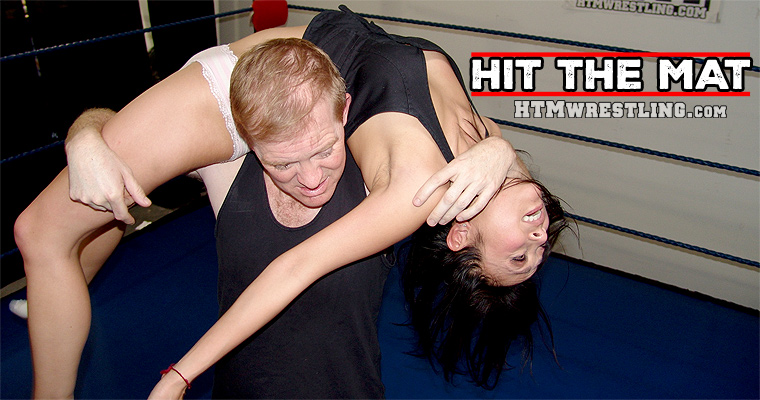