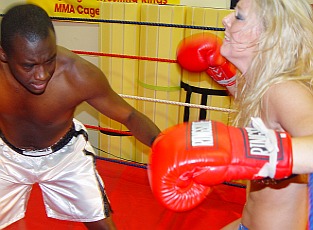 
Devon Michaels returns to Hit the Mat! The incredibly hot Devon Michaels faces off against Darrius in a mixed boxing match, and ends up with her large breasts exposed! The fight starts off back and forth, but the battering Devon takes at Darrius' gloves proves to be too much, and she ends up knocked out cold, and topless. 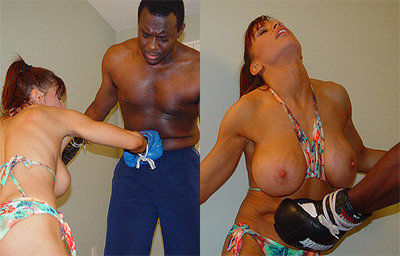 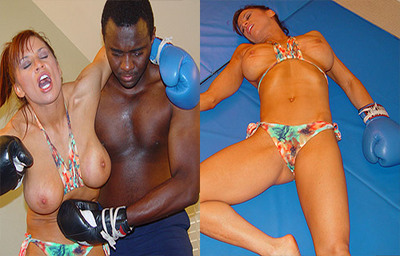